I have held all the positions:

The production consisted mainly of:

– assembly of forestry cranes of up to 20 tons / meter on vehicles – sawmills for sawmills The activity also included all sawmill maintenance.

We have created many technical solutions for woodworking.

I set out to win back a business sector that had been abandoned; that of the upper Lande.

The products to be marketed were mainly agricultural equipment for cultivating large fields with very powerful machines equipped with Avant crushers and Ar plows.

manufacture of machines for reinforcing steel.

I have held several positions successively:

– responsible for purchasing and subcontracting

The company researched and subcontracted metering pumps without electricity and concrete iron machines.

I selected the suppliers, set up the subcontracting and quality contracts to ensure the final assembly of the various machines at the best cost.

I managed all deliveries of machines and their installations to customers. [Europe]

My function was that of Charge d’Affaires.

My role was to negotiate with clients as part of the development and diversification of the activity.

I have signed contracts for the manufacture of aeronautical sub-assemblies with SOGERMA (ATR 42 and ATR 72 seats).

To meet certain requests, we had to set up Quality Assurance in the company, so I obtained approval No. 14 from Messier Bugatti for the manufacture of landing gear parts for AIRBUS and RAFALE (titanium landing gear ends for example).

Thus I ensured the realization of the Quality Manual, the quality plans and the Quality assurance process up to ISO 9002.

My activity allowed me to manage all operations from the purchase of raw materials, through machining, surface treatments, deliveries.

In this company I held the position of business manager, combining that of quality manager and sales manager.
It was during this period that I created my first machines for the pharmaceutical sector.

1993 to 2016 MECAPHARM Study and production of materials for Pharmaceutical Laboratories in the context of clinical packaging. Ergonomics for cyclists. Custom frame design.1993 – Creation of the Company.We have produced many machines for the pharmaceutical industry as part of clinical packaging; but also for airplanes (camera supports)1993 Creation of the first machines for Pharmaceutical R&D Laboratories. (CREAPHARM – LGE – SANOFI – SERVIER – PIERRE FABRE – ETHYPHARM – ROCHE – ROUSSEL UCLAF – SYNTHELABO – UPSA – SARGET – CLIPA – IDPS – UNITHER DEVELOPPEMENT-CEVA SANTE ANIMALE.)Among the products and services offered there is the implementation of QUALITY in manufacturing subcontracting companies according to ISO standards.Creation of the first preventive maintenance services for packaging machines. (SANOFI / SYNTHELABO)1995 – creation of MECACOTE – computer-aided ergonomics and MECACOTE bicycle frames. (COFIDIS team – CORBEIL ESSONNE – AUBERT 93 – CSC – for pros but also amateurs, LANGELLA, ZECH, and many sports cyclists and men and women runners, athletes and triathletes like JEANSELME or BELAUBRE … ETC)

2000 – TRAINING of athletes with the title of CHAMPION OF FRANCE by Christine Pain in CLM UFOLEP, trained by me – positioned by me and using HONEY SPORT products.

Since 2000 we have obtained numerous titles (by cyclists interposed) with Dominique BARD, Loïc COURPRON, Jean Marie BUCHOT (European Champion in 2004), L GALETEAU (Double Champion of France in 2005 – all disabled), Damien SEVERY (champion of France and Europe Handisport) Equipe Vienne Futuroscope Féminine (wins the French cup) Marion ROUSSE (French road champion) Audrey CORDON (French champion of CLM 3 times) François LAMIRAUD (Multiple road victories in elite and holder of the France record over one hour with 50,844 km in 2016)And I forget because too many of them have improved their performance thanks to Mecacote.I stopped Mecapharm to keep only Mecacote in 2015.

1995/2003 H2M FACONNAGE Chemicals and pharmaceuticalsIn this Company of which I became the manager we made chemicals and dental polishing powders. Mustard flour and other “medical” products under GMP.Company stopped in 2003.

1998/2006 ABM INDUSTRIE Dietetic and dental productsCreated in 1998 The company of which I am the managing creator created the HONEY Sport dietetic range as well as the dental products. The creation of the HONEY SPORT range was carried out because having resumed cycling in 1997 I was not convinced by products on the market not to mention products causing gastric disturbances.With Jean Paul Merlet we therefore created the range in 2001 with an innovative concept.

In 2005, ISO 9001 – ISO 13485 was implemented for the design and manufacture of medical devices.In 2006 Sale of dental products in EOM.In 2007 the Company was discontinued.Since2016 MECACOTE Ergonomics in cycling and custom-made bicycle frames. Ergonomics software development for bicycle operators. Since 2016, I have stopped the Mechanical and Pharmaceutical design office activity to deal only with Ergonomics and custom frames that I calculate for cyclists but also for bicycle drivers.It is obvious that when one of my former pharmaceutical clients needs my services they will be rendered …I am working on a version of the Mecacote program for bicycle shops with the possibility of selecting the production frame that would best suit their customers. 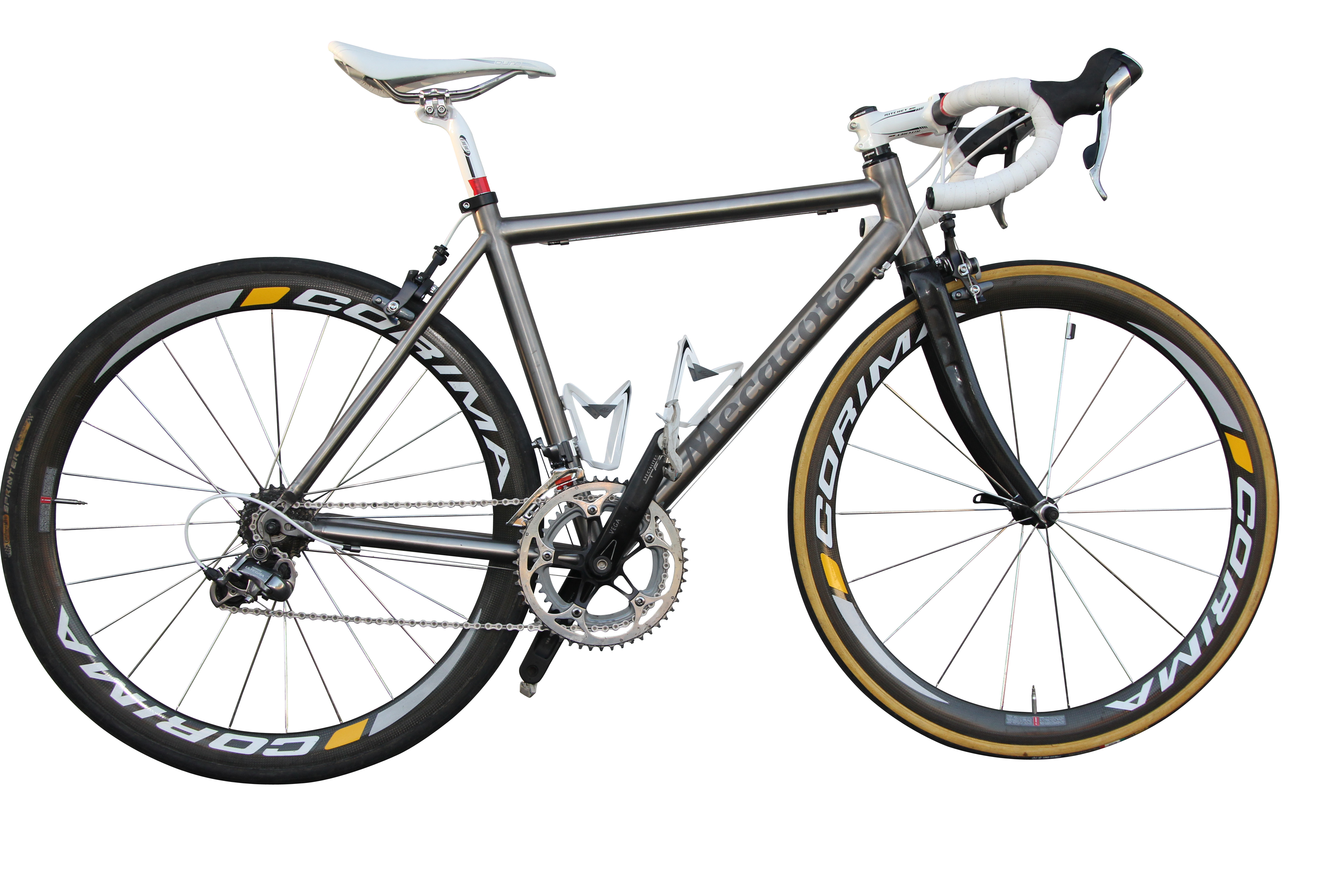